And it also helps me coach others to do the same.

I am Coach Roman Mironov.

And if you feel pornography is holding you back in life, this video is just for you.

If you prefer watching to reading, check out the companion video:

I am living with my girlfriend.

She is sleeping in the next room.

I ejaculate and feel terrible immediately.

“Why am I disrespecting the person I love most?”

For this fake sex.

Yes, after 2 years together, our sex is not that exciting.

But I know that it can be much more genuine and loving than this fake sex.

It used to be that way.

And I can re-create those emotions instead of using fake sex to compensate.

That’s why I want to share it with you today.

Pornography is a performance skillfully engineered to create quick arousal and eventually addiction.

As you watch it, mirror neurons in your brain trigger, giving you a surrogate of arousal and release.

But that really is a surrogate — it’s like taking a bite of cardboard while expecting a delicious banana.

And you’ll learn 3 realizations to break the vicious cycle of pornography use.

Without further ado, let’s dive into these differences.

Men like the visual component in sex a lot.

But for women, sex is more about romance and connection than visual stimulation.

And then—when it comes to real sex—there’s a huge disconnect between expectations.

With that said, here’s our next difference.

Little or no foreplay

See, us men we don’t need much foreplay.

We get aroused, get hard, and we’re ready to go very quickly.

And we actually think foreplay is kind of a boring chore. 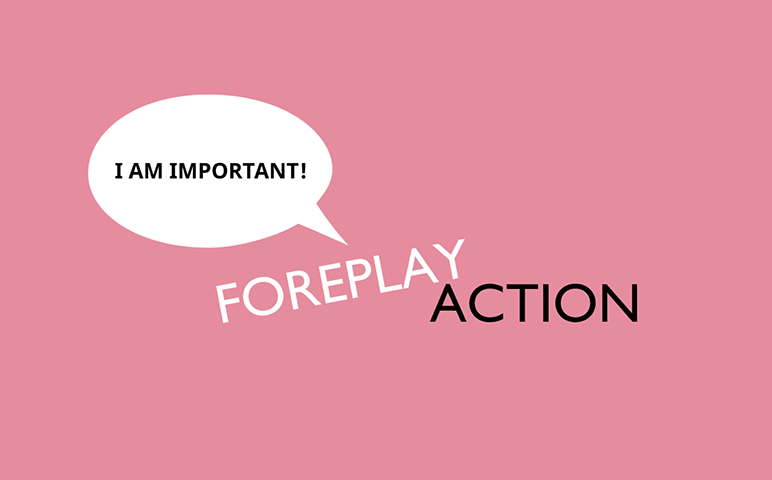 But with real sex, the quality and duration of foreplay make a huge difference.

Girls need more time to warm up and build up sexual tension.

Moving along to the next difference.

See, it takes way more for a girl to climax than for a man.

For us guys, a couple of minutes of stimulation is enough.

But a girl needs to feel relaxed and nurtured.

And quite often, the entire process with its deep intimacy is more important than climaxing.

Now let’s take a look at the next difference.

On the opposite, what many women like is multiple orgasms.

So you end up believing that one orgasm is good enough for a girl — just like for you.

Again, a man’s version of a woman’s orgasm.

Moving along to the next difference.

Pornography is all about exaggeration because it has to compensate for the lack of feelings.

So it cranks up the intensity.

Models keep screaming as if their salary depended on that.

Can you think of the most unusual place for humans to have sex?

They also highlight the scene to show the smallest detail.

Now here’s the next difference.

And frankly, many men aren’t interested in them either.

I mean: group sex with your girl?

With that said, let’s look at yet another difference.

Newness is good for sex because it boosts your testosterone, increasing your libido.

I used to expect it from my partners in real sex.

And they would always grow resentful.

What I realized later is that craving newness is selfish and superficial.

The type of infinite love I feel is the source of real, infinite newness.

And now the next difference.

You still have to jerk off yourself, though.

On the opposite, real sex is hard work.

It might sound uninspiring, but this is actually a huge part of the pleasure that you get from sex as a man.

When you give 5 orgasms to your girl, you feel tired but extremely accomplished.

And the next difference is…

Actors can go on forever

That’s not true for real sex.

This is not a reason to beat yourself up.

Here is the next difference.

They are handsome, tall, muscular… unless you are into some weird stuff.

And they also have long penises.

Look, they get hired for these things!!!

Your self-esteem takes a hit because you aren’t up to par.

The good news is that you don’t need a big penis or a huge chest to have great sex.

Actually, a girl has to like you BEFORE sex so she doesn’t know your size.

What’s the next difference?

This visual exaggeration is also true of female actors.

I used to be crazy about high heels—they do look sexy, right?

But this rarely happens in real sex because they are uncomfortable even for walking.

Let alone having fun in bed.

With that said, let’s look at the next difference.

I would then feel guilty, moody, and depressed.

Welcome to a vicious cycle.

Real sex is the direct opposite of that.

You produce the love hormone oxytocin and the relaxation hormone prolactin.

And you also feel accomplished by giving love to your partner.

Your mirror neurons make you believe you are part of the action.

But the truth is you are only looking at pixels on the screen.

Real sex is about depth.

Deep appreciation of your partner.

Now finally moving along to the solution to porn-watching.

I want you to make three realizations after watching this video.

You expect the same level of overstimulation.

That’s why real sex seems so boring that you need ever more overstimulation.

Think of ice cream vs broccoli.

After you eat 5 ice cream bars, you don’t want broccoli because your taste buds are overstimulated.

Here is the second realization.

From visuals to the feeling of connection and comfort it gives you.

It’s their job that helps them pay the bills.

With that said, here’s the final realization.

You want the Truth—with a capital letter T.

Overstimulation is about ego, selfishness, and escape from reality.

The Truth is about love, depth, and selflessness.

Wean yourself off those overstimulating images.

Focus on the real thing.

Focus on giving love rather than pleasing yourself.

This will magnify your sexual experiences 10-fold.

You are a hero.

And now I want to turn it over to you.

Is it overstimulation or fake orgasms or maybe something else?

Anyway, let me know by leaving a comment below right now.