How to Heal Brain from Pornography Use

In this post, I am going to show you exactly how to heal your brain from pornography use.

Moreover, I now coach others on how to do it.

I am Coach Roman Mironov.

And if pornography makes you feel you’re wasting your life, this information is just for you.

If you prefer watching to reading, check out the companion video:

I was tired of feeling shame.

And now that I am porn-free, my life is so much better.

So let me share what worked for me… and my friend Chris.

And you will learn 2 simple steps to break the cycle of pornography use.

Without further ado, let’s start with signs of addiction. Is it a problem for you?

He saw three red flags in his life.

He felt less engaged, especially with his wife.

He was unhappy because of brain fog.

Chris realized he needed help and reached out to a therapist.

This is what he learned.

Chris made a bad judgment as a teenager.

At that time, Chris didn’t realize how life-changing it would be.

That bad judgment came from his prefrontal cortex.

And then it was reinforced through his reward center.

And his reward center liked it so much that it pushed the habit center to install it as a habit. 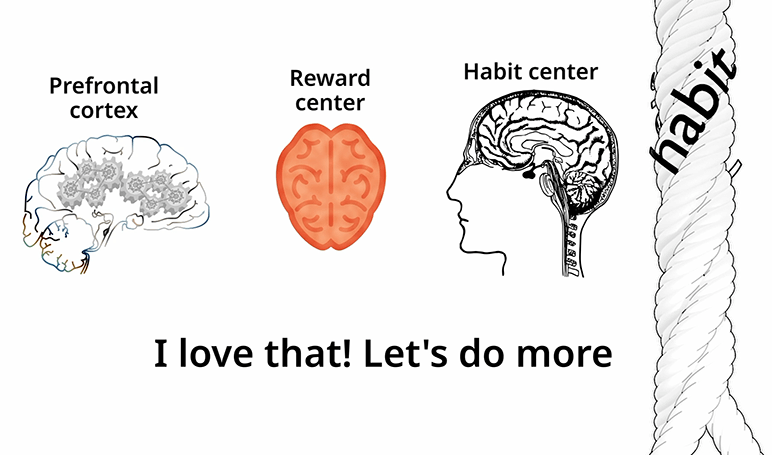 When Chris tried to change, he did this through the prefrontal cortex.

He would tell himself he needed to stop.

But when an urge came, the other two centers would take over. 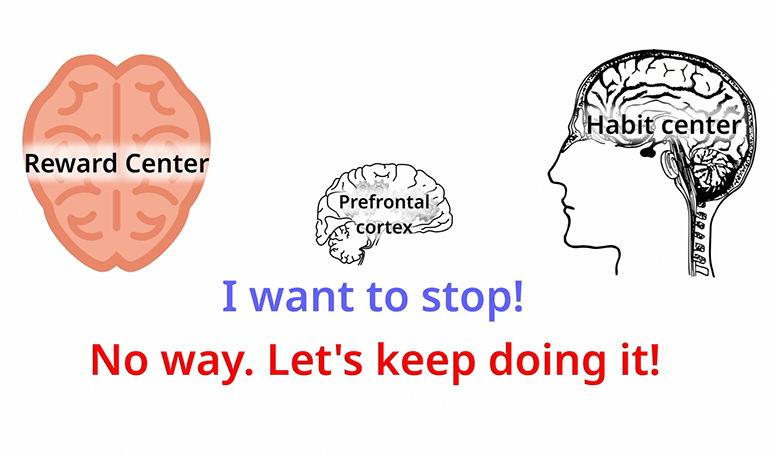 The urge would be so strong he couldn’t resist it.

No matter how much he wanted to do it consciously.

Here’s what the therapist made Chris understand: it’s a virus!

A virus tricked his PFC to let it in.

Then, it took over his reward center and installed itself as a malicious program.

And because of the pleasure, the habit center ran this program on repeat. 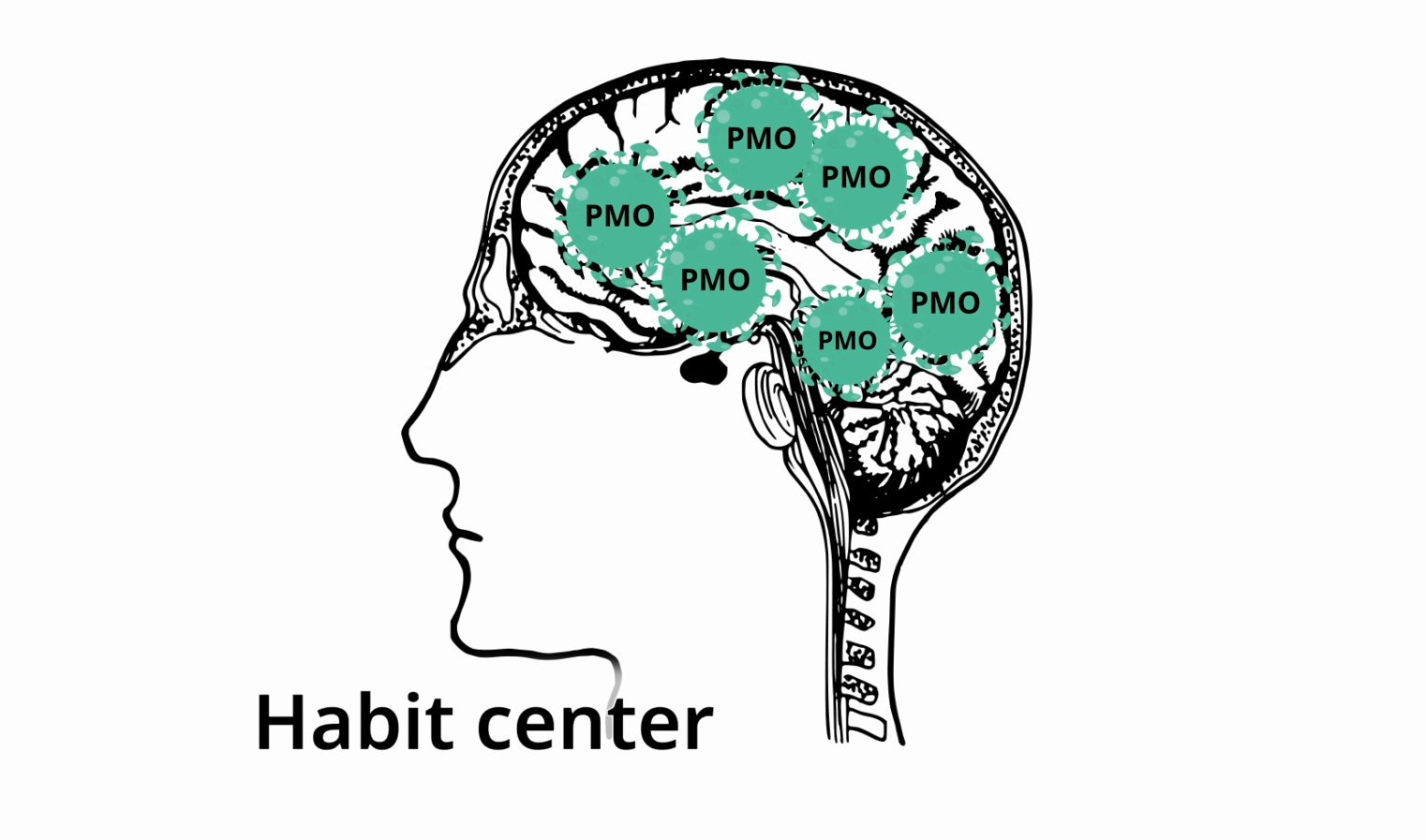 Now Chris had to remove that program.

First, he had to work on his habit center to uninstall the old program… and install a new one.

Second, he had to make the new program stick by stimulating the reward center.

Let’s take a look at the first step.

That causes a lot of resistance. 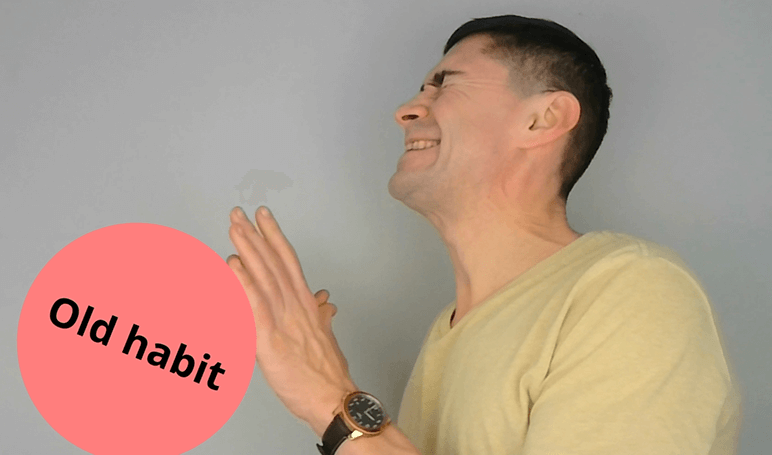 It’s easier to replace the old habit with a new one.

Chris took this concept even further.

For him, it wasn’t just a new habit.

It was an entirely new challenge.

He wanted to run a marathon even though his previous record had been just 5K.

He would go for a run.

Or just learn about training for a marathon online. 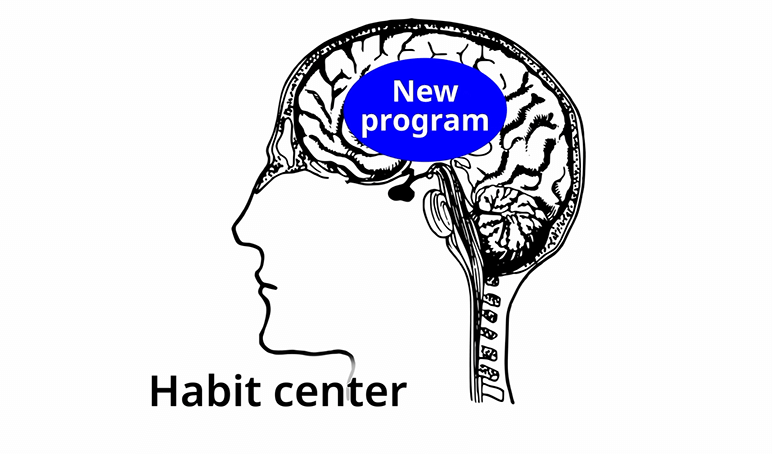 But the old habit was still very strong.

He got better but would still relapse sometimes.

That’s where the second step came in.

His therapist also taught Chris to engage his reward center.

We uninstall old habits more easily when we stop the reward associated with them.

But the new Chris wanted to associate pain with it. 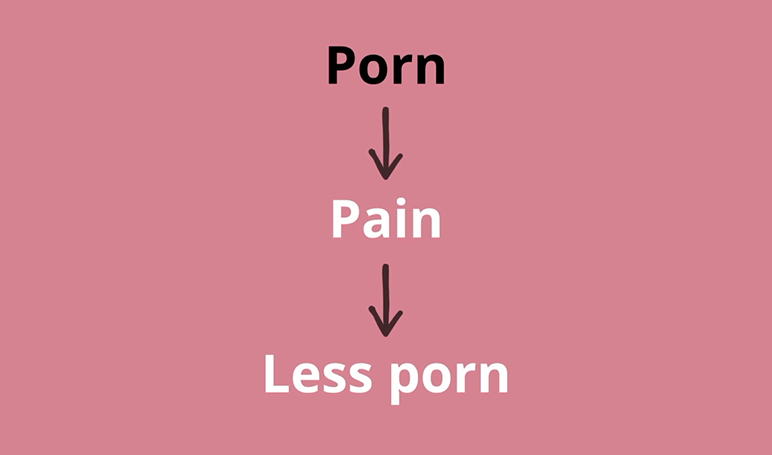 So he came up with an idea of punishment.

And then he would give that meal to a colleague that he didn’t like. 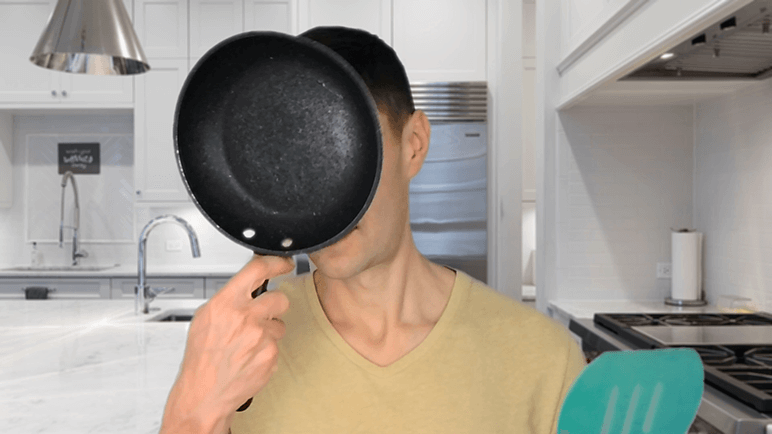 By subjecting his reward center to pain, he taught his habit center that the old habit… SUCKED.

Each time he felt that pain, he was uninstalling the old habit a little bit more.

And now it’s time for you to do the same.

He ran his first marathon instead.

He is more engaged with his family.

And he’s overall happier now that the brain fog is gone. 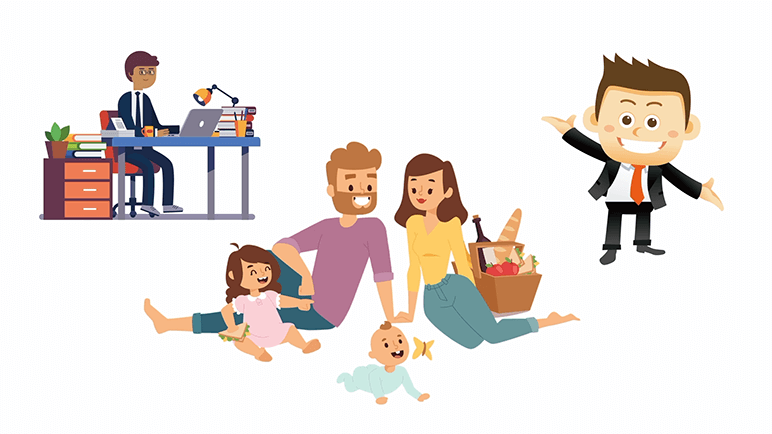 And you will, too.

Do it and be a hero!

Now I want to turn it over to you.

Which step will you start with today?

Is it engaging in a new challenge?

Anyway, let me know by leaving a comment below right now.