My Child is Lazy and Unmotivated – 4 Principles to Bring Out the Best in Them | Podcast Ep. #21

My child is lazy and unmotivated.

Do I punish him?

Do I push him more?

Do I let him roam free?

Tune in for the best lessons I learned about unmotivated kids.

Here’s an audio version of this article as a podcast episode:

My best advice for parents whose child is lazy and unmotivated

One statement that’s guided my work with unmotivated kids is this:

A real man is a boy who survived accidentally or luckily.

It’s the struggles that kids go through that shape their character.

As parents, we need to expose kids to more challenges.

Sir Richard Branson is a British entrepreneur famous for his outstanding group of companies Virgin and crazy adventures.

A huge reason for his successes is his upbringing: his mother challenged him a lot in childhood.

She thought that if Richard survived, he would be stronger.

That’s the best mother a boy can have.

Most mothers I see in my coaching practice aren’t like that.

They have kids in their 30s or 40s when they are not that bold as they were in their twenties.

And their fears prevent them from challenging their kids.

Plus, families have fewer kids today than, say, 100 years ago.

So they feel the need to protect them more but then wonder why my son is not motivated to do anything.

I believe parents are too much on the safe side now.

Today, Sir Richard’s mother would have been arrested for such an attitude towards her kid, right?

We need to expose our kids to challenges more to make them tougher like she did.

By pushing them to go through hardships, we help them grow discipline and perseverance muscles.

Lesson #2: Expose your lazy and unmotivated child to new experiences

The second lesson from Sir Richard is the multitude of experiences he had in his childhood.

His mother didn’t let him stay at home and watch TV but told him to go out and do something:

That’s another reason why Richard is such a great entrepreneur and adventurer.

He doesn’t have the fear of the unknown.

He is always motivated to try new business ideas and adventures.

He keeps getting out there and doing all sorts of new things.

For example, this is what he has done recently:

Another great example is Tim Ferriss.

He also has high risk tolerance and keeps testing new things on himself.

He says one reason for being that way was the breadth of experiences his mother exposed him to.

She would take him to collect black sand at a beach with magnets.

Or to comic book conventions.

She also supported him when he explored things on his own.

That’s my second lesson for motivating an unmotivated child:

Expose them to a lot of new things.

Let them develop a habit of trying new things.

I know it’s a challenge because as adults, we don’t want that.

We love our comfort zone!

So the older we are, the more we need to push ourselves to try new things with kids.

Recently, I went on a first hike ever with my son.

And we spent a night in a tent.

It was difficult for me because I couldn’t work or do all those rituals that I do every day like meditation.

But it was so much worth it.

My 9-year-old son and my mother visited me recently in Toronto.

I took him to practice soccer every day.

But we lost our ball on a trip to Montreal.

So the next day after returning, I sent him to Walmart to buy a new one. 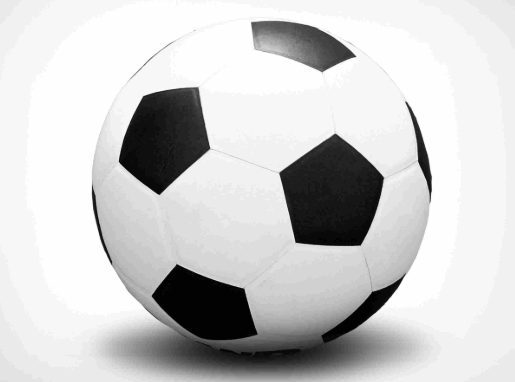 He had to ride a total of 6 kilometers by bike.

I knew that my mother would be against that.

So I took her for a walk.

Plus, I told Denis that we should keep it secret.

I told him to imagine how surprised his grandma would be when she saw a new ball and he told her how he had got it.

So off he went and returned with a new ball.

When his grandma learned about this, she was very scared.

The thought that Denis went to Walmart by bike all by himself was scary to her.

He was riding on public roads.

He had to chain the bike.

Then he had to go into the store, find a ball, and buy it.

And then get back safely.

And all of this was happening in a country where he was just as a tourist.

It was also a scary experience for Denis.

But unlike his grandma, his fear felt exciting.

Experiences that scare kids a little bit expand their thinking.

These experiences stretch their beliefs about what they can do.

And kids never come back to their old vision of themselves.

When you think, “My child is not motivated to do anything,” you can “scare” them out of this state. 🙂

Just make sure you do it in a fun way!

Lesson #4: Give lazy and unmotivated children tasks that they can own

The fourth lesson for motivating kids is appealing to their need for significance.

And for kids, a huge way to meet that need is when we give them the responsibility to do something.

When I was 15 years old I got my first job as general labor at my parents’ small grocery store in Russia.

One smart thing they did was putting me in charge of recycling cardboard boxes.

Because I felt that was my 100% responsibility, I felt great about it and myself!

The key was that it didn’t feel like a job to me.

And it’s funny how I talked to my father about it recently and he forgot all about it.

But I do remember it in a lot of detail.

Being in charge of heating

Another responsibility they gave was a one-time thing.

The building of the store was old and heated by burning coal.

One day, the heating system broke down.

And someone had to keep feeding coal into the furnace through the night.

My parents asked me to do it.

So I spent the entire night near that furnace.

I had to fight sleep.

Sitting in that small room and keeping the fire burning felt surreal.

In the morning, I felt like a hero though.

I thought I was capable of doing anything.

As parents, we can lavish kids with the responsibility to motivate them.

So when you have an unmotivated child in school, get creative about how you give responsibilities to them.

This is a perfect reframe.

Children love responsibility because it gives them significance.

They feel it is a privilege or a game, not a chore.

What can I do if my child is lazy and unmotivated?

Let me leave you with one super important tip.

“My best tip would be to truly connect with the child, and do my best to learn from them what they truly love and enjoy, and what scares them, pains them and gets in their way of shining their light.”

So as you challenge your kid as I suggested, please don’t overdo it.

Remember that you also need to talk to them a lot, encourage a lot, know them and love them for who they are.

Help your kids break through barriers

If you need help motivating your kids, check out my life coaching services.