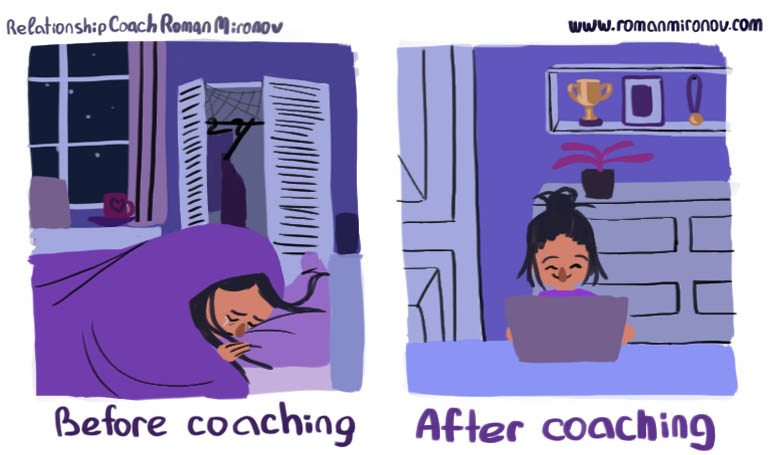 Janet hired a life coach in Mississauga after her therapist suggesting that she did so.

She struggled with the lack of motivation to get anything done.

Here’s how her life coach helped Janet get her act together with a productive lifestyle.

She had been seeing a therapist for years.

Therapy helped deal with the past

The therapist was helping her overcome trauma.

But Janet was also struggling at work and in life in general.

One reason was that her days lacked structure:

When she woke up late, she didn’t feel motivated to cook or take care of her hygiene.

And then she could spend the rest of her day watching Netflix.

In the meantime, her clients would wait for her to deliver her work or respond to emails.

Getting a life coach in Mississauga

Finally, her therapist referred her to a life coach.

It was the missing piece for her.

Janet purchased a weekly support package from the coach.

Sessions with a coach

The life coach spent one hour in-person with her every week.

During the coaching sessions, the coach helped Janet:

Janet also paid for 2 hours of phone/text support spread out over a week.

She could use this time when she needed extra motivation or support.

The coach also checked in on Janet to make sure she wasn’t sliding back.

That said, here are the benefits you can reap from coaching as Janet did.

There’s a big difference between one-on-one coaching and doing it on your own.

There’s a lot of information on the Internet.

Janet was reading a lot of that.

But she felt confused because the information wasn’t specific enough.

And she couldn’t get herself to do anything about it.

But even one coaching session made a difference.

It was a structured session with immediate feedback. 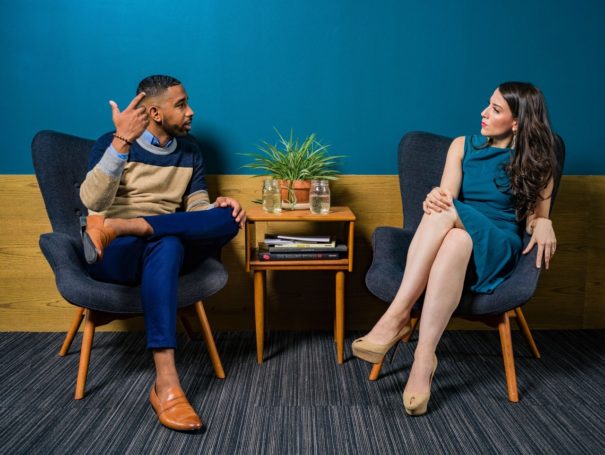 People don’t always value what they get for free.

Even though Janet got a lot of information about how to get out of depression, she wasn’t doing anything about it.

Even though those articles included gave assignments, she never did them.

Instead, she rushed on to the next article or a video or a podcast in search of a quick-fix.

But when she paid her life coach, it made a difference.

She took her assignments more seriously from someone charging her money.

Especially because she didn’t have much money: she was paying for therapy and earning less than she could.

If you watch a video and don’t do the assignment, who cares?

But if you paid someone $100 to give you an assignment and you don’t do it, you’ve wasted your money. 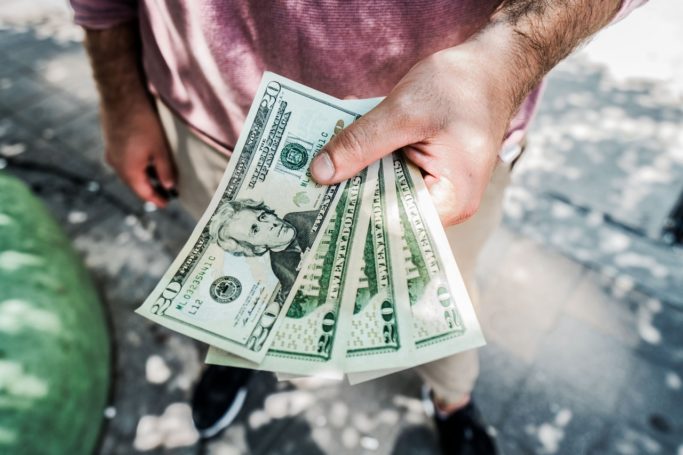 Shortcut the process of self-improvement

A life coach is knowledgeable and able to advise humbly and gently.

This knowledge comes from the learning they did on their own:

As a result, they can give you optimal advice.

That’s how you find a self-improvement path that’s right for you.

You don’t waste years of your life reading and experimenting but find what’ll work for you quickly.

This is especially beneficial if you’re a busy professional.

Janet was wasting a lot of time looking for solutions to her problems—the time that she could’ve spent working.

She was losing unearned money.

But when her coach gave her the solutions, everything changed.

She started making more money than she could ever save by finding a solution herself.

Create a productive routine for your day

Janet had some goals for her life but didn’t know what habits to integrate to be successful.

Her life coach helped create a regimen for her day that made her productive and happy.

Think of a military setting where everything is well-organized.

That’s how your coach helps you get your life together. 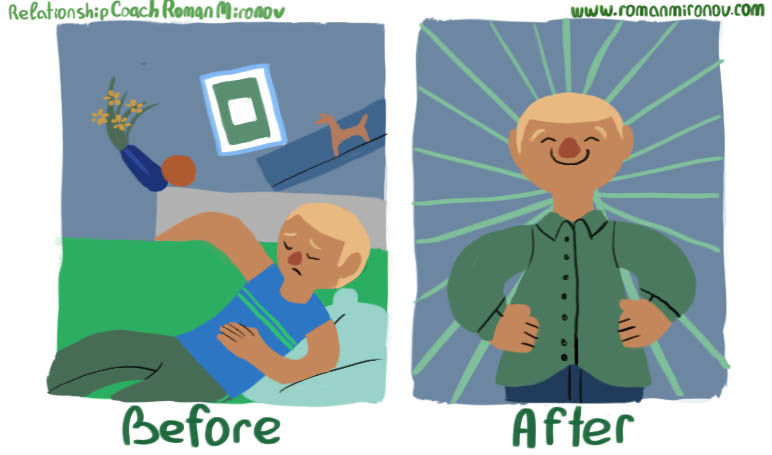 An outside perspective helps you get unstuck

Janet felt stuck because she kept playing the same thoughts in her mind.

She felt like a failure because at her previous workplace, people said she wasn’t smart enough.

That belief held her back because she was afraid of growing her freelance business.

She thought that more clients would mean more criticism.

Instead of focusing on becoming happier now, she focused on depression (past) and her anxieties (future).

The coach helped her change her focus to the present.

He pointed out one thing that she kept ignoring.

That she wanted to contribute to other people’s lives.

That’s how she was able to break the old pattern that kept her in the comfort zone.

Get inspired by a role model

He was an extremely organized person who had his act together.

He was living a lifestyle that made him happy.

He constantly cheered other people up.

Janet got inspired and saw those things were also possible for her:

The only thing she wished for is having this kind of influence in her formative years.

But benefiting from it now was also good.

And by realizing that, she now even recommends her friends and family using a life coach for kids. 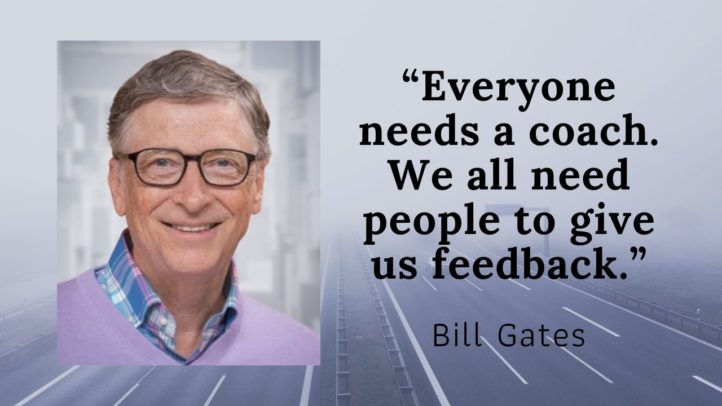 It all boils down to taking action

Here’s the most important lesson Janet learned from her life coach in Mississauga.

Whoever you go to for guidance, it’s ultimately on you.

You could hire Tony Robbins to help you but if you don’t take action on it, you’ll waste your money.

So here’s one tip based on Janet’s experience.

Schedule a free discovery session with a coach and see what’s possible.

Get a life coach in Mississauga

If you need help getting to another level in life, check out my services as a life coach in Mississauga.

Here’s a link for you to schedule a free coaching session with me.